Asparagus and Pork is one of my favourite combinations for stir-frying. Today, I used Shio Koji as a seasoning.

Shio Koji can make the meat tender after marinating it, as well as giving it a distinctive flavour.

If you want to use it for stir-frying, I recommend cooking after marinating the meat so that you can enjoy the benefit of Shio Koji (because the enzyme in Shio Koji won’t be active at high temperature).

Shio Koji has a mild saltiness, so you may not want to add extra salt when you are cooking. I didn’t add any salt to my dish today either.

Here is the recipe for Stir-Fried Asparagus and Pork Marinated with Shio Koji!

Ingredients for Stir-Fried Asparagus and Pork Marinated with Shio Koji 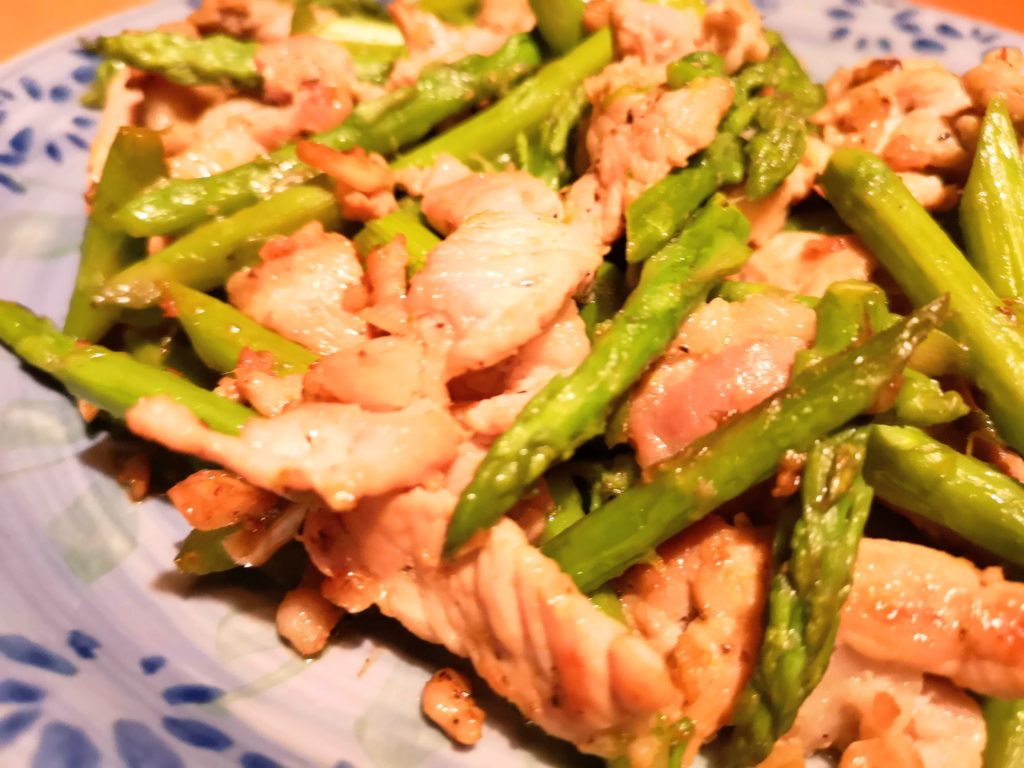 Test it just before serving it. If it’s necessary, you can add some salt in the wok.

You cannot go through a Japanese winter without eating hotpots. A hotpot is not only enjoying your hot food, but we also...
2021.03.11