This is an easy and quick recipe for coleslaw salad with Shio Koji. It’s handy when you want to add one more side dish on your table.

Also, you can add extra vegetable as you like: carrots, onions, etc. If you are not Vegetarian, tuna or boiled chicken will be other options. 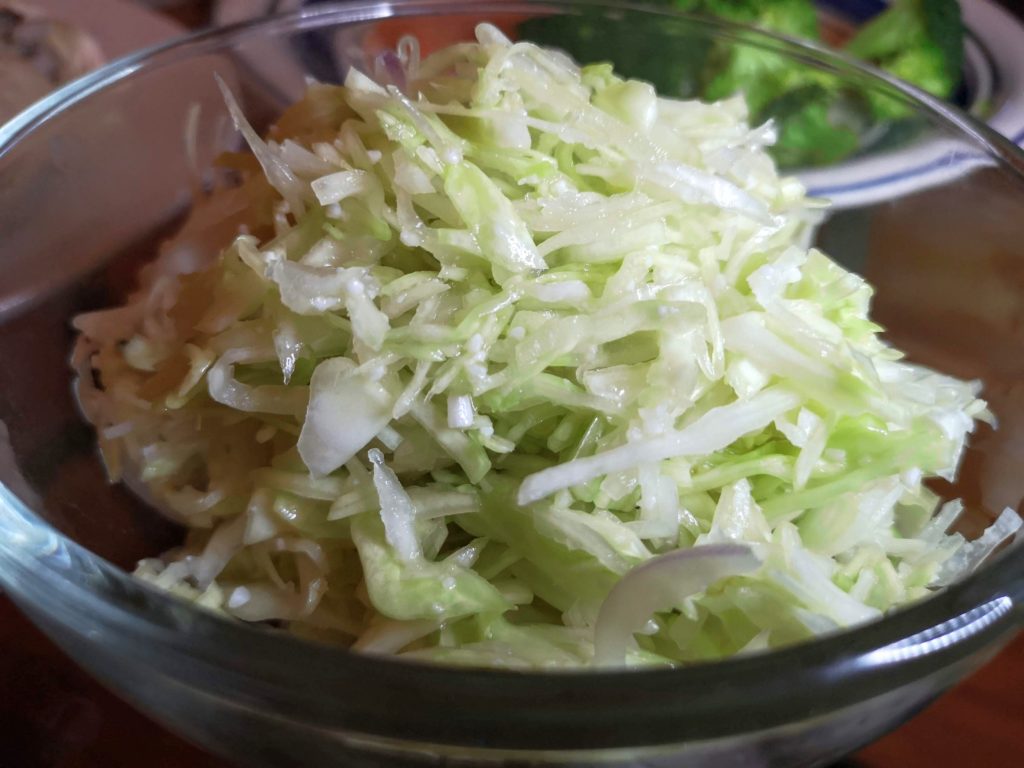 With the portion of cabbage on the photo above, I put 1/2 tablespoons of Shio Koji.

How to make Cabbage Coleslaw Salad with Shio Koji

For non-vegetarians, tuna, chicken (boiled), crab meat will go well with this salad too.

When I put Shio Koji in sliced cabbage and mix them, the fruity aroma like an apple came up. You can make it with normal salt, but Shio Koji adds a distinctive flavour without any other seasonings. 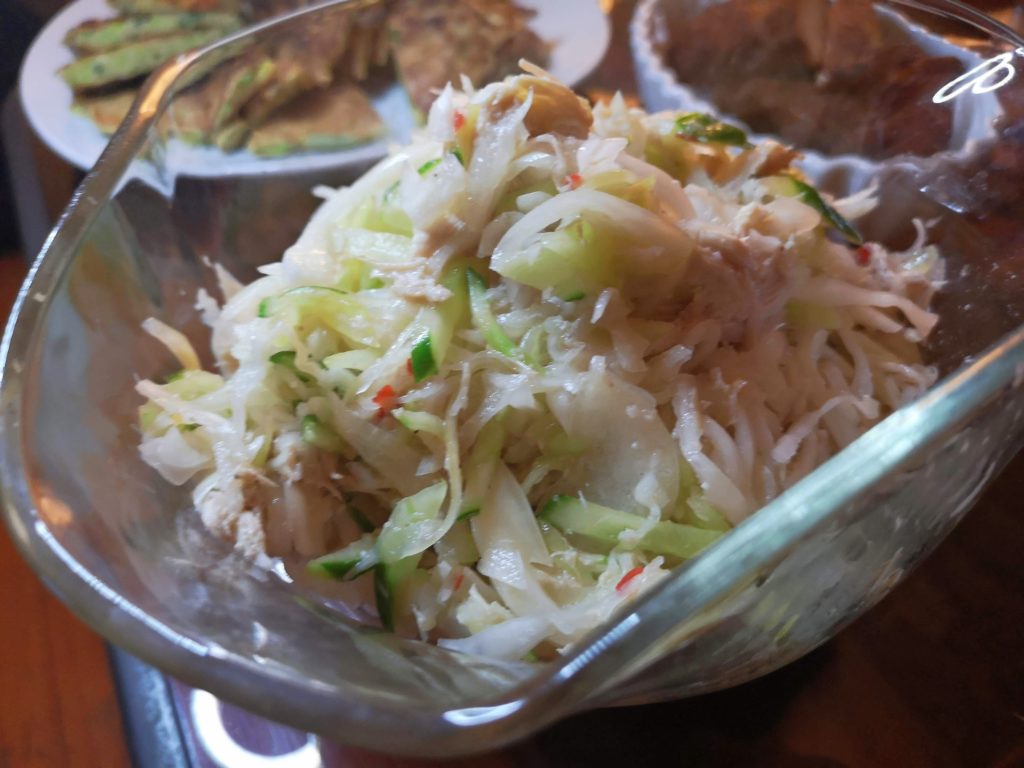 Asparagus and Pork is one of my favourite combinations for stir-frying. Today, I used Shio Koji as a seasoning. Shio ...
2021.03.11

Stewed Chicken Wings with Shiokoji and Herbs in a Rice Cooker