A magic seasoning, Shio Koji goes well with salmon as well as other types of fish. It can remove the fishy smell and add a rich umami flavour. You just need to be a little more careful when cooking because Shio Koji is easy to get burnt.

How to make Sauteed Salmon marinated with Shio Koji 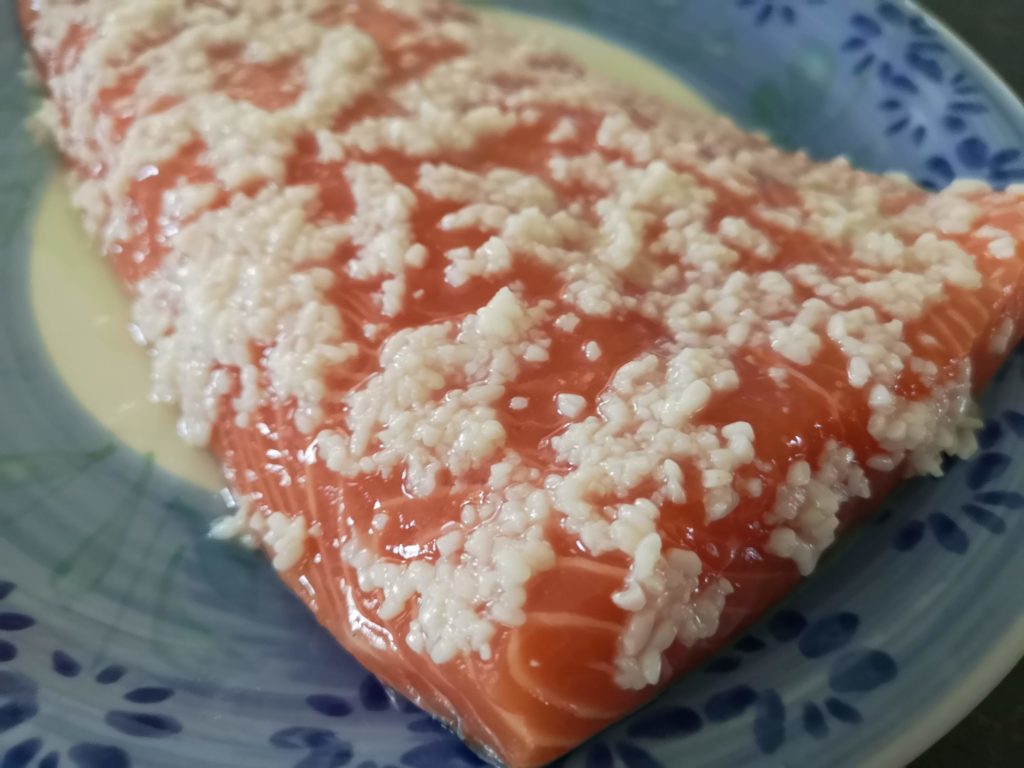 2: Leave it in the fridge for a couple of hours or a night. 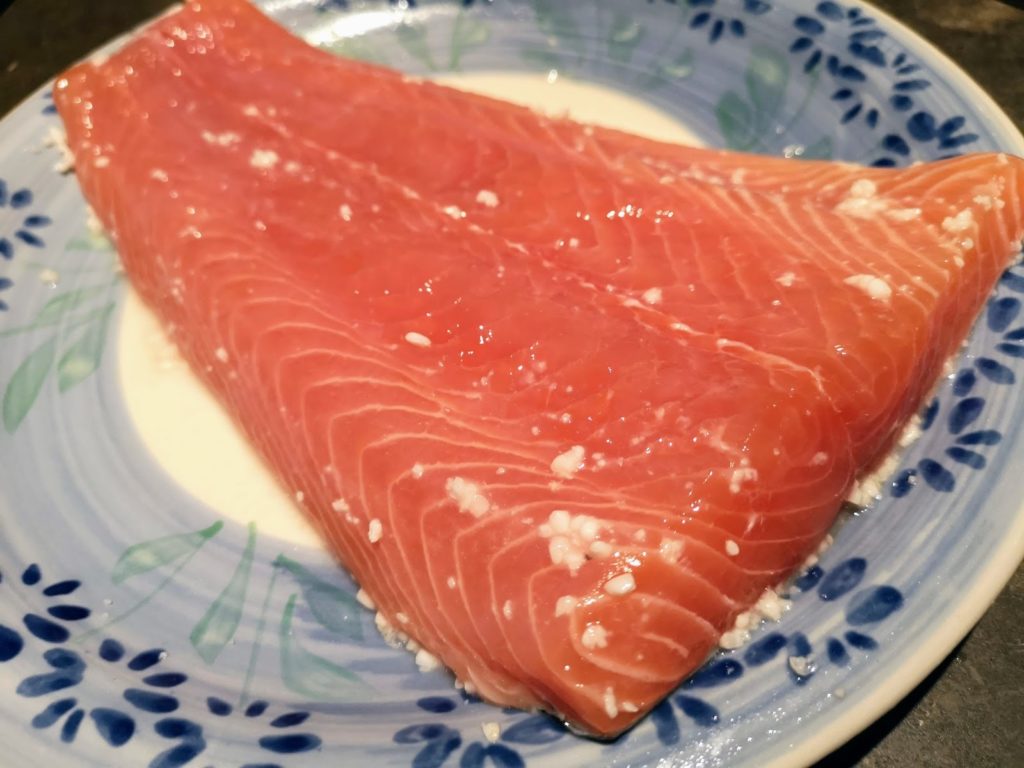 Remove the Shio Koji before cooking

3: Remove the Shio Koji from the salmon, and bake it on the grill or sautee it in a frying pan on low heat. 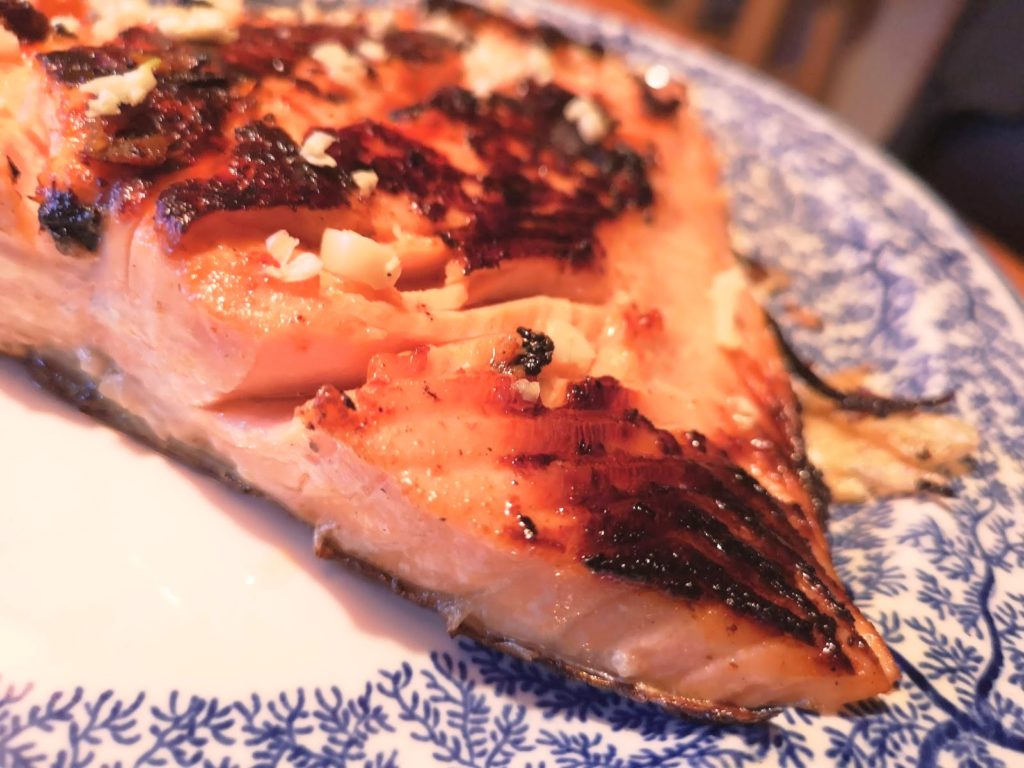 You can cook it in the oven or put it on the grill instead.

Food with Shio Koji is very easy to get burnt. I would recommend you stay with the food while cooking. I also recommend using aluminium foil or oven paper to easily clean the frying pan after cooking.
The longer you marinate, the saltier the salmon becomes. I would recommend not marinating too long.
Shio Koji is suitable with raw salmon (Sashimi) as well!